The psychology of marketing

You are here: Home / Marketing / The psychology of marketing 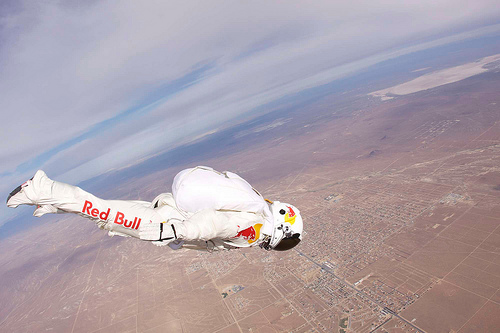 The mental state, emotions and opinions of a person are constantly changing, and not just within themselves but also as people in general move from generation to generation. People suggest that evolution has stopped, but if one part of humanity is constantly evolving it is the mind. Because of this, visual design in marketing is more of a psychology and has more in common with a branch of science than other forms of visual design.

It is important to understand that what appeals to one person may not appeal to another. I’m not suggesting something simple like one person who likes pineapple and another who doesn’t, but that what gathers the attention, and nurtures elements of trust that lead to potential buying signals, changes from person to person. Some people are still hooked by infomercials on the television.

What appeals to people of generations past are things such as directness, honesty, firmness and practicality. As we move further digitally and subsequent information sharing becomes easier and more frequently done, generations have become more skeptical of marketing tactics. As a result it has forced those in marketing to delve into deeper psychology.

People of Generation Y and subsequent generations, due mostly to social media and the ability to share opinion on a mass and immediate scale, favour taking the advice of peers over the advice of sales people. While this has likely always been the case to some degree, the scale at which it occurs is now is massive. It is almost impossible to directly sell on any decent scale to people under 30 unless their opinion has already been set. This is why sly marketing such as fake testimonials and paid review websites have become such a used facet of advertising and the visual stimuli associated with the sales paramount. If you can’t tell them to buy, you have to encourage them to do it without directly influencing them. The dressing up of a product and the preconceived notions that a consumer goes in with are the defining factors and you can control both.

For a person in the primary target market of the majority of high commercial product, those under 30, the best way to sell them is to sell to their friends. The problem is that their friends will largely share their practice of only trusting their friends. So you have to find a place to enter this “circle of trust” situation.

Coined by the people at HubSpot.com and championed by SEOmoz the concept of inbound marketing is using creative content to attract shares, links and likes and subsequently sales. Different from content marketing because it contains it, it also incorporates SEO and other technical elements to help measure progress. Inbound marketing aims to get inside the circle of trust, by creating shareable content, such as entertaining articles, graphics, video, music or even real world examples such as food and anything you can come up with to represent a brand and get inside the circle of trust.

An example of it at work would be the Interstellar jump that Red Bull funded. The video of which has gone massively viral. It is one piece of content in a long line of inbound marketing content that Red Bull have put together strategically, so as to associate with trustworthy concepts that appeal to the primary target market of their product. Associating with boundary pushing, extreme situations appeals to people of the generations they wish to target and they subsequently get inside of their circle of trust. The flow on effect is that once you gain the trust of a few (and in this manner it is by entertaining them) due to the shareable nature of the content and the social media focus of the people of today, your content can go viral rapidly and you can gain the trust of many in a short time.

Application in a Simple Manner

Okay, so not every company can fund a space jump. So how do we apply this to a small business or a startup? Initially the most important thing to consider is how much traction you will need to gain to reach the level of revenue that will begin to show you a return on the investment. Chances are that if you are chasing website traffic, social media signals or even word of mouth, in a niche that is non competitive in marketing, a mere blip on the radar can be effective. When a Facebook page that represents something mundane, such as a box factory, begins to campaign actively using humour and interesting content, the mere action itself is a part of inbound marketing. People feel the “you go girl” mentality and trust is gained.

In small niches the effort is sometimes all that is needed. To gather up all the necessary inbound traffic that you need might only take a few pieces of content. If you are in a niche with some facet of educational capacity, and most are, then sharing what you know about your niche through the use of a blog is considered inbound marketing 101. Writing interesting and informative posts that answer potential questions that are asked by googlers is one way of gathering high converting traffic that others miss out on, this is also going to gather you mentions and links that will improve your Google rank and get you more organic traffic. It IS the way forward with SEO and is a major facet of inbound marketing, and that is why so many SEO agencies are simply moving to inbound marketing in general.

The other manageable attribute of your product that you can edit to tap into the consumer psychology is the visual. The things that your product says about itself without screaming. This includes correct use of colour dependent upon target market, correct use of shape and font and in the physical medium, material and packaging.

The psychology of colours in advertising is nothing new. Industries that require high levels of trust and security, such as legal, medical etc. use pastel colours and favour blues and greens in marketing design and non verbose variations of them to maintain a professional, trustworthy, friendly demeanour. Highly fashionable industries will use whatever is fashionable at the time, which is generally dependent on what one yuppie said in one magazine article but as a general rule shades of purple nurture egotistic buying signals, ones based on nobility, high end culture and pride. Green represents intelligence and superiority, as Robert De Niro’s character in Meet the Parent’s famously quipped at Ben Stiller’s Gaylord Focker, “geniuses pick green, but you didn’t pick it.”

The actual manufacturing of the product and packaging is a way of tapping into psychological buying factors. These are emotional, such as environmentalist, by using recycled or reclaimed materials or again tapping into pride and high society by using rare and sought after materials.

Sonja is our talented Senior Graphic Designer. She likes to write about design, travel and running a sustainable business.